Dads, DON’T Be Your Kids’ Hero!

Pretty much every movie that’s ever been made follows a familiar pattern: there’s a hero, there’s a villain, and there’s some sort of conflict that occurs with the hero typically emerging victorious. But amidst the conflict, you have a guide who leads the hero to success or helps the hero recover from failure. Look at the first Star Wars film: Luke Skywalker is the hero and Darth Vader is the villain. There’s the conflict of darkness versus light and you’ve got Yoda, the little green guy, who emerges as the guide to help Luke Skywalker along the journey. 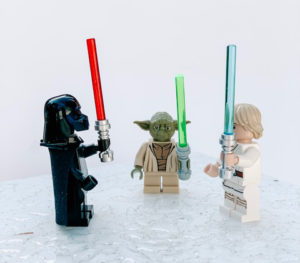 Too often, as fathers, we try to make ourselves the hero of the story; we try to live our lives through our children and, unintentionally or not, play the role of hero for egotistical reasons or as a means of overcoming our own insecurities. I’m sure you’ve seen that “Dad Is My Hero” T-shirt, but I believe that’s actually the completely wrong approach, because if the dad is the hero of the story, then it positions the child to never experience failure or achieve success on his or her own.

I see the “hero dad” approach producing a generation much like Gen Y or Millennials (those born between 1981–1996), often called the “Snowflake Generation.” Whether true or not, older generations perceive them as being less psychologically resilient or more emotionally vulnerable. It’s a generation where everyone got a trophy for participation, and when everyone succeeds, no one fails. They didn’t have the opportunity to experience their share of failures as a child, making them more fragile as adults.

This was never more evident than on the hugely popular talent show American Idol. People who thought they were superstar performers would audition only to find out that, in fact, they’re terrible, but no one ever helped them discover, develop, and use their true gifts and abilities. In fact, they were probably told: “You can do and be anything you want to be!” So it’s not their fault. They’re the product of the society that they grew up in, and in many cases, it’s because their dad positioned himself as the hero of the story.

If you are a Millennial father reading this, you need to know you have the potential to be the greatest generation of fathers ever in this country. You are vital for the future of fatherhood because Gen Z is right behind you, watching your every move. If we are going to be successful as fathers and do our best for future generations, it’s imperative that Millennial fathers understand their potential and the possible pitfalls based on how they were raised. The most pressing pitfall I see that many Millennial fathers need to overcome is what can be called “future proofing,” which is very common when children aren’t allowed or encouraged to face fears and overcome failures.

It’s natural for all of us as fathers to want to protect our children from anything that may bring harm upon them. However, we shouldn’t always paint failure as a negative outcome. I would much rather let my kids fail when they’re eight than when they’re 28. Failure for an eight-year-old is: “I ran with the ice cream cone in my hand, the ice cream fell off the top, and I no longer have an ice cream cone.” Or maybe: “I gave up five goals in today’s soccer game.” But failure at age 18 or 28 is: “I lost my job because of underperformance and I’m in a downward spiral of depression, drinking, drugs, and potentially suicide because I don’t know how to handle this.” Chances are, that person has never experienced failure before.

We see this currently playing out with young adults. For many millennials, their first meaningful encounters with failure happen during adulthood, and most don’t know how to process them. And without prior experiences working through setbacks and building some internal grit, failures have the potential to become catastrophic events in their lives. The repercussions are now big and far-reaching. What’s at stake is no longer an ice cream cone or a soccer game; now it might be a career, a house, maybe thousands of dollars, maybe a marriage or relationships with their children.

But the good news is that our children can learn to handle and grow from failures during their early years, when the cost of failing is relatively low and they have parents there to guide and love them through it.

Failure is part of life. If you’re not experiencing failure, then you’re not really living. Successful people are typically standing on a mountain of failure. As hard as it may be and as unnatural as it may feel, letting your children experience failure now can set them up for success later in life. Becoming the hero of their own story, with you serving as their guide, is the best way to ensure they have what it takes to thrive in the hard world we live in—now and later on in adulthood.

The Guide to Being a Guide

So how do you allow your child to experience failure—with the goal of helping them develop internal grit and learn important life lessons? You encourage it.

Our family has a routine on Friday evenings during family dinner. We go around the table and each person, including my wife and me, shares at least one thing we tried and failed at during the week and what we learned from the experience. My kids’ ages range from eleven to five, and when they share a failure it’s typically something around a grade they received in school, a practice or game moment where they missed a shot or messed up a play, or something new they tried that didn’t work out.

Over time I’ve witnessed my children begin to push themselves, self-coach and handle failure more appropriately. These “micro” failures we discuss as a family each week have also enhanced our relationship through increased communication. My children have become much more comfortable coming to me to discuss failure because they’ve seen how I react each Friday and know it’s a safe zone. I’ve also had some priceless opportunities to encourage them in these areas.

In order to raise good kids that become great adults, we fathers must remove the hero cape and assume the role as the guide. Our role is to help our kids look at their victories and accomplishments and ask, “What led to that success?” And when they experience failure: “How can I learn from this and move forward?”

Dads, you already are your kid’s hero and you always will be. As hard as it may be at times, you need to be less like Luke Skywalker and more like Yoda. 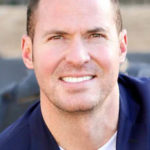 Justin Batt is founder of Daddy Saturday (DaddySaturday.com), a platform to create intentional fathers who raise good kids that become great adults. He is also an entrepreneur, business advisor, healthcare consultant, public speaker and author of Daddy Saturday (2019). Justin and his wife Heather have four children and live in South Carolina.