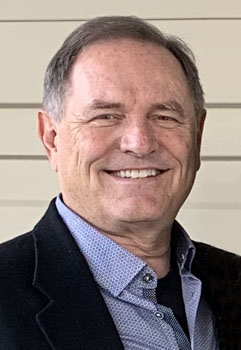 Dr. Ken Canfield is a nationally known leader and scholar who has committed his life to strengthening fathers and families. He founded the National Center for Fathering – fathers.com – in 1990 and has been involved with many other organizations during his career.

Dr. Canfield has served as a consultant to media, national, state and community leaders—often in partnership with his wife, Dee. Ken has testified to the National Commission of Children (1990), served as a founding member of the Father to Father Initiative (1995-2000) and the National Fatherhood Leaders Group (2002-2006). He has been recognized for his leadership and was awarded the Father of the Year (1993) by the National Congress for Men and Children, the Most Outstanding Alumnus Award (2006) from his alma mater, Friends University, and the Polish Presidential Medal of Honor (2007).

Dr. Canfield has keynoted and presented at dozens of state and community conferences including Fatherhood Summits in California, Florida, Indiana and Kansas. In addition, he has taught his “7 Secrets of Effective Fathers” two-day conference to over 125,000 fathers in a variety of community centers as well as military and faith-based settings.

He is the author of numerous articles, both popular and scientific, and has written twelve books, including The 7 Secrets of Effective Fathers, The Heart of a Father, The Adventures in Fatherhood Series, They Call Me Dad, and most recently, The HEART of Grandparenting, as well as several book chapters in collaborative texts.

Besides publishing, Canfield was heard on a daily weekday radio commentary, Today’s Father, which he began in 1993 and aired on over 600 stations nationwide. He has been interviewed on The Oprah Winfrey Show (twice), NBC’s Today Show, ABC’s World News Tonight, Focus on the Family, 700 Club, and numerous other radio and television programs.

Ken is also founder and president of the National Association for Grandparenting (grandkidsmatter.org), believing that grandparents are a missing and needed addition to strengthen the family system.

Ken and his late wife, Dee, were married 43 years and have five adult children (three daughters and two sons), three sons-in-law, one daughter-in-law and fourteen grandchildren. He has since married Dr. Michelle Watson Canfield and they share a passion for equipping fathers to engage in their children’s lives. When Ken and Michelle aren’t visiting family in the Midwest or on the East Coast, they reside in Oregon where they enjoy the outdoors, connecting with friends and family, and church activities.