Nothing—not even the nasty comment of a meddling aunt—would keep Roy from claiming his daughter.

When Roy married his wife, she had a young daughter from a previous marriage. Roy adopted her as his own, and then, in what seemed like no time, the couple had five more children.

This oldest daughter, as you might expect, felt a little bit like an outsider at times, and it didn’t help that some members of the extended family kept bringing up the fact that she wasn’t Roy’s daughter. 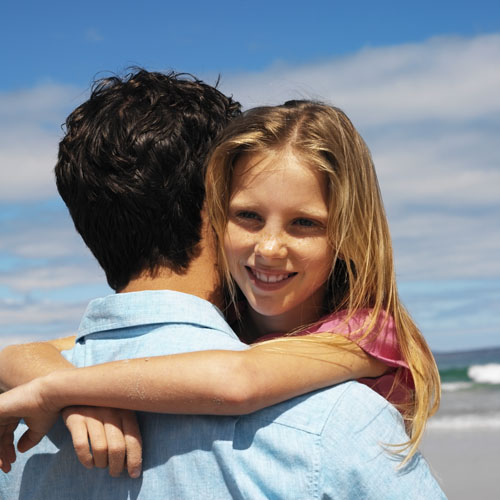 One aunt seemed especially obsessed with letting everybody know what was what. One evening, the family was hosting a small gathering of family and friends. As Roy was introducing his daughter—who was thirteen at the time—the aunt stepped forward and said, “Well, she isn’t actually his daughter; she is from another relationship.”

I can’t explain this aunt’s actions, but I sure admire Roy’s response. He said adamantly, “No, she’s my daughter. And she’s an important member of our family.” That was followed by a tense silence, except for the daughter—she was beaming. She had been claimed clearly and publicly.

Today, as this woman looks back on those events, she points to that incident as a turning point in her life. It brought security and confidence to her as she faced some difficult challenges in the following years. She says that her father’s commitment to claim her as his own has had an almost supernatural effect on her life.

All that from Roy’s simple act of claiming her as his daughter. This girl was adopted, so she may have had a somewhat complicated reason for needing to hear that from her father, but I believe all children need to hear this regularly. When we affirm and claim our children—through spoken words, written words, actions, and prayers—we’re giving them a confidence and connection that will help them as they mature. We give them belonging, acceptance, and pride. At the same time, we remind ourselves of our own responsibility and commitment to love them, serve them, and sacrifice for them.

So, fathers, claim your children often. Even if they’re adopted, stepchildren, grandchildren, or children that you’re mentoring. Let them and the world hear you stake that claim.