A Testimony to Heroic Fatherhood

Recently, I was scheduled to update the Jackson County Legislature regarding our fathering program through the county prosecutor’s office. In the program, first-time offenders can defer prosecution by attending life-skills classes, and I teach the one on fathering. The legislature was evaluating the program, and wanted my brief presentation to include a few words from one of the program’s participants. 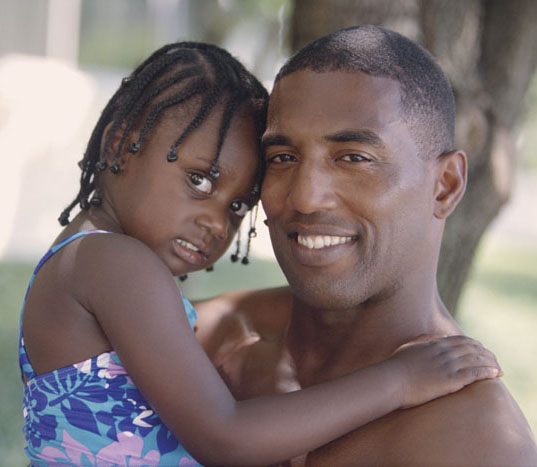 I am often asked about our progress in teaching urban African American men to be more engaged fathers. I believe we are making progress. I see it on the faces of the men I work with, and I hear it from their wives or the mothers of their children. But how could I prove it?

As it turned out, I could never have arranged a presentation like this one. That morning, the man I had scheduled to go with me had a last-minute conflict, and I couldn’t locate his back-up.

A participant named Greg happened to be in the room where our class meets. I was confident he’d had a good experience and had learned a lot, but he was rather reserved in class. He wasn’t my first choice, but out of desperation I asked him to join me. You should have seen the smile on his face. You’ve got to love that smile, with a big space where he’s missing his top two front teeth. He agreed to go with me and talk about the program. His wife was available to join us, too.

The meeting was late in starting, and once it started the chambers were filled with commotion, even when people were addressing the legislature. Finally they called for our presentation. Talking above the noise, I gave a brief overview of the program, then asked Greg to share what the program meant him.

Greg walked up to the microphone and immediately started crying. He lost it big time. He said, “This fathering class has meant a lot to me. It has really helped me understand how important my role is as a father. I have learned how to be there for my children, how to support them, how to take care of them.”

He was fighting back tears with every word, and by now the chambers had grown silent except for Greg’s sniffling. “I have improved so much as a father that my kids gave me this card. Let me read it to you:

My Dad is My Hero
The world has many heroes
Who have won a world of fame.
Heroes who have given their all
To win in life’s great game.
But of all the famous heroes
That our changing world has had,
There’s not a one I look up to
Or admire more than my dad.
To me, my dad’s a hero,
Though he’d turn away from praise.
He’s heroic in his quiet strength
And in his gentle, giving ways.
He may not make the headlines.
You won’t see him on TV.
But I think my dad is everything
A hero ought to be.
He always keeps his promises.
On that I can depend.
He’s loyal to me, no matter what,
And he’ll always be my friend.
So when I think of heroes,
And the great things that they’ve done,
I feel the way that I’ve always felt-
My dad’s the greatest one.

“This is what my kids say about me now,” Greg said, “but let me read to you what I wrote to my father.” Greg’s tears continued as he read about a man who wasn’t there for him, who didn’t include him in activities or make him feel special. Now people all over the room were wiping their tears away.