James: A Glimpse at Inner-City Fathers

You make me so #*@$! sick. Some nights I be wanting to kill you with my bear hands. The evil things you done to me makes me want to kill you even more. I blame you for the #*@$! up thoughts I have. Sure enough my life is better then what you said it was going to be. The way you treated me makes me sick. I should’ve been worser, but I have a stronger mind than what you thought. All you done was made your son more stronger and wittier. Love from your son, you #*@$!.

This letter was written by James, an African American man in a fathering class we’re leading through a local drug court diversion program. At age eight, James watched his mother get killed in a drive-by shooting. He cradled her bloody body until the authorities came. Then he went to live with his father, who locked him inside the house during the day with a piece of fried chicken and some beer. In the evenings, James’ father initiated him into a world of drinking, drugs and women. One night, when his father was too drunk and high to involve himself with the women, he yelled for 12-year-old James to come to his room, where he forced the boy to do what he was not able to do. That night began a lifestyle of sexual promiscuity. 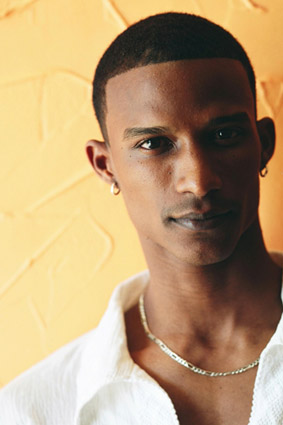 Today, James says, “I’m a freakin’ pervert and I hate it.” He is a 22-year-old father of two little girls, and sadly, he represents the world of many young African American men.

THE REALITY FOR MANY DADS

Research shows that, in many inner-city African American neighborhoods, nearly 70 percent of the children will go to bed tonight without their father present. Further, African American men have a higher death rate, a lower life expectancy, and a greater incidence of serious diseases than males in other ethnic groups. There are more African American men in prison than there are on American college campuses. The average real income for African American males ages 20 to 24 has fallen by 50 percent since 1988. Other than through sports and entertainment, the American culture’s ways of gaining community and family influence have been less available for them.

Many African American men like James live a psychologically and spiritually demoralizing existence. They make up a brotherhood of bruised, battered, defeated men. For them, life means trying to smile when you want to scream. It means being harried by bitterness and a lack of self-worth from never having been affirmed by a father or father figure. Until recently, it has meant living with the reality that the mother of your children was assured a “paycheck” from the government only if she did not work and if she never married you. It means anguish from so many situations where hopes and dreams have died unborn.

GRAPPLING WITH THE REALITY

The collective psyche of many African American men is very fragile. When we tell them that they are also not very good fathers, we only add to their burden. It is a daunting challenge to help these men become better fathers when the only reality they’ve ever known involves alcohol, drugs, and sexual promiscuity; or when they live in a culture where fathers-usually the best hope for socializing boys-are so rare that bedlam engulfs the streets. All predictions indicate the situation will only worsen without major intervention. It’s easy to see how men like this might find it difficult to give and receive love in a family setting.

In working with these men, I try to help them address the underlying causes of their problems-issues such as a lack of belonging and acceptance, a need for meaning and purpose in life, a desire for power and control, and the shame and anger from having grown up without a caring father. I try to assist them in their current roles as fathers. I work hard at role-modeling an appropriate father figure to them.

James continues to give me hope, as I am seeing him and other members of the class address some of these issues in their lives and make genuine attempts to be more engaged, more responsible fathers.

Our efforts with these men will require more work, but the extra effort is critical. Tupac Shakur said, “What goes ’round comes ’round. The world we are making for others is ultimately the world we are making for ourselves.” We must be intentional about helping to redeem the lives of young fathers. If we don’t, the result of their neglect on the generation now growing up may make yesterday’s chaos look like a cultural festival.