Jerry’s Wake-Up Call (and Maybe Yours)

Our father-daughter events always revealed some valuable lessons for dads of daughters, and really all dads. One example of that comes from Jerry, who attended an event with his daughter several years ago and served recently as a volunteer at another event.

When Jerry first heard about the Summit event, he thought of taking his second daughter. He had a great relationship with his older daughter, but connecting with the younger one had always been more of a challenge. Jerry knew he wasn’t perfect, but he did take a lot of pride in being involved in his kids’ lives. He felt the Summit would be a good opportunity for a minor tune-up for their relationship.

But what happened that day was not what he expected. During one of the daddy-daughter dialogues, his daughter shared that she felt like he usually wasn’t really listening when she talked to him. 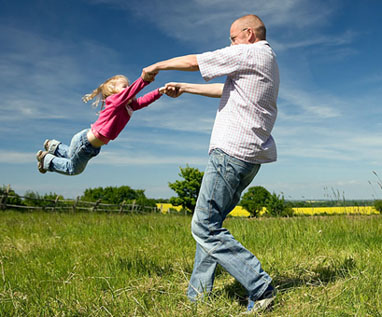 That revelation from Jerry’s daughter really shook him at first. But instead of retreating or getting defensive, he took a proactive approach. Right then and there, the two talked about how they could do better and set goals for improving their relationship. They made a commitment to spend some undistracted time together each week — fifteen or twenty minutes, sometimes more. They’d focus on each other, and he would really listen.

We all know how sometimes commitments like this get put off — especially when a teenage girl and a busy dad are involved. But that didn’t happen here. They followed through every week, and sometimes twice a week, for years.

As you would expect, this had a great impact on their relationship. The distance dissolved and they quickly became very close. Today, that daughter is married and has a baby of her own. But still, once or twice a week, she has that appointment on the phone with her dad. They catch up on things, share life, and he gives blessings and instills confidence in her.

Do you think Jerry appreciates the power of listening to his child? For him, it took a surprising comment at our Summit event, like a slap in the face, that became his wake-up call. What will it take for you? Do you really listen when your kids are talking? Are you usually preoccupied? Or do you figure out where the conversation is going and give a canned reply? Do your children need more one-on-one time with you?