Stopping the Cycle of Abuse

My Losing Season is a book by Pat Conroy revealing the true story behind his novel, The Great Santini, which was made into a film in 1980, starring Robert Duval. That movie has often been used as an example of how abusive fathering can forever mark a family. In the story, a marine officer repeatedly beats and ridicules his son, and ultimately commits suicide.

Conroy writes, “I did not tell the whole truth, because if I would have … no one would have believed me.” From the time Conroy was a two-year-old, he watched his father abuse every family member. “My father did not allow his sons to cry after he backhanded us. If we did, well, then the beating turned serious, and then my mother had to pull him off us, and then my father would turn on her.” 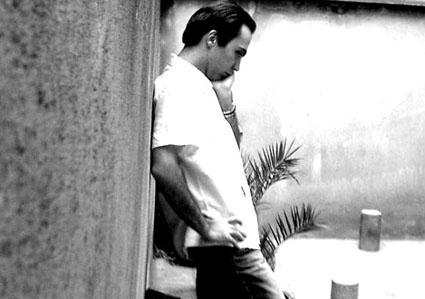 He continues, “That was always the most killing moment. Because we wept, because we did not take our punishment like men, we drew our mother into the bloody, fiery zone of our boyhoods, where she received her beatings for our cowardice.”

Conroy confesses that a child-beating father was common in all of his novels. When The Great Santini became a success, his mother and father saw his work as a “ruthless and unforgivable act of treachery and betrayal.” However, the truth of his work somehow motivated his father to change, and he was a much different father to his two youngest children. Conroy’s father began to care and reach out to his children in new ways. He found it within himself to change.

So often, abuse remains shrouded in secrecy for many years. Because of the pain—and because they’ve never known what a healthy family is like—victims adopt an unwritten “don’t talk, don’t feel, and don’t listen” policy. But if they don’t deal with those issues and memories, healing and change will not occur.

If you have unresolved issues with your father, you may be thinking, What’s the use of dredging up all those feelings and wounds? Well, if you continue to bury those issues, they can easily hinder you as a father. You could easily be caught up in a cycle of repeating your father’s behavior.

But by resolving your feelings toward your father—and hopefully establishing some guidelines for a renewed relationship—you will find freedom from repeating his mistakes. You can create a turning point that sends you confidently on your way as you father your own kids.

Every father needs to be able to say to his child, “I was wrong. I’m sorry. Will you forgive me?” Few fathers can say that unless they’ve learned to deal with their own weakness and their need for reconciled relationships. Healthy fathers are “healed healers.” We are agents of change. We come to terms with our emotions, our failures, and whatever void we feel in our lives, and we foster that same emotional and spiritual health in our families.