I remember the day years ago when my sons brought home a letter from their school. Usual stuff: where to park, be on time, no running in the halls, don’t bring guns to school. The letter also listed the responsibilities of all parties in the learning process. The child was to work hard and obey rules. The school staff would create the proper learning environment and guide my children into knowledge.

And me? My job was to see that my child got proper nourishment and rest. That was the (suggested) sum of my involvement in my child’s learning.

In response, I wrote a letter suggesting that I was the ultimate educator of my children and would use the school to facilitate that process. I closed by stating that all learning experiences of my children must be consistent with our family’s “knowledge, faith and goals.” I want to share with you a few of those goals-what I want to teach my children. 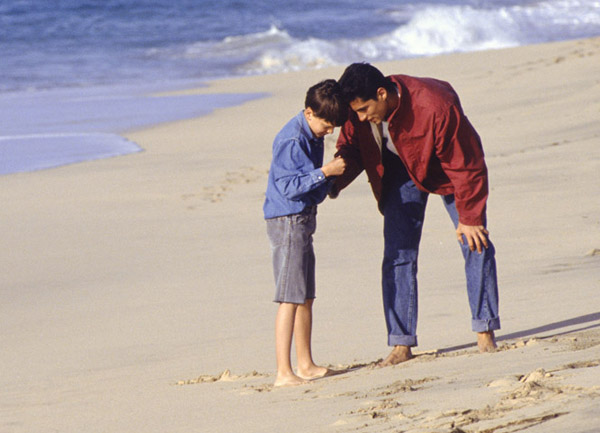 TEACH THEM TO DISCOVER THEIR FINGERPRINTS

I believe each child is born wondering who he or she is. Discovery is a wonderful era and I dearly want to extend this time for my boys. Every day, I want them to discover anew their fingerprints—God’s Declaration of Individuality—and never stop marveling at the plans He has for them. Thoreau demanded, “If I am not myself, who else will be?” Amen! To my sons’ morning routine of “make your bed, brush your teeth, comb your hair,” I want to add, “and don’t sand off your fingerprints.” I want them to never stop believing that there is something awfully wonderful about being themselves.

TEACH THEM TO PUSH ON THEIR EYEBALLS

While planning summer activities a year ago, my middle son Noah proposed that we “go find some dead animals, get out of the car and go over halfway and look at them.” God bless him. Somewhere along the line, we tall people got awful serious about life. Our challenge, our necessity, is to encourage those little lights around us to sparkle and dance with imagination as much as they can. I want them to forever push on their eyeballs and watch their own private fireworks shows-knowing that no one else in the world sees it the way they do.

TEACH THEM TO FLOAT

Years ago in a performance review, I said that competency, like water, finds its own level. Parenthood has put an even sharper edge on that idea. My purpose is to teach my children to float confidently atop their competency. I don’t want them to drown in the mud of mediocrity. Nor do I want them to pursue goals artificially set by a world which has yet to live up to its own expectations. Oh, yes! I do want my sons to desire to accomplish great things. I want nothing less for them than everything—everything that both nature and nurture can equip them for. I want them to discover their competency through victory and defeat. In victory, I want them to smile and set a higher goal. In defeat, I want them to salute smartly at a challenge that is not theirs to conquer yet-and not feel less capable just because they have found a worthy opponent.

TEACH THEM TO LEAN INTO THE WIND

You are a sail, a wing—catch the wind under you and you fly. Let it run over you and it will drive you down and never let you up. I want my children to understand this dynamic. When physical exhaustion blows down upon them, I want them to soar upon the choice to give their all for the task. When mental fatigue, like a gale, sweeps out their courage, I want them to fly on the certainty that they are innately capable of meeting the challenge. When adversity in life storms them like a typhoon, I want them to rise above the assault by facing it, not fleeing it.

How does a father teach such a thing? By flying upon the wind himself. Too often we isolate our families from the awful winds that blow in our private lives. Rightly, we wish to shield them from the ugliness of life. Wrongly, we shelter them from learning how we graciously encounter difficulty. Let’s be honest with our kids. Let’s tell them that the challenge in front of them is significant and that failure is a definite possibility. Let us also point out that the victory is not always in the winning, but in the pursuit of the adventure itself. Man learned to fly by watching the birds. Now our children must learn to fly by watching us.

Clark H. Smith and his wife, Alyse, live in Overland Park, KS, and have four grown sons and one grandson. As a pastor and hospice chaplain, Clark has long been impressed with the multi-generational impact of a father’s choices.