The annual Father’s Day news release by the U.S. Census Bureau presents some interesting statistics related to the holiday: As of 2015, there were 6,998 men’s clothing stores in the United States, 15,380 hardware stores, and 21,890 sporting goods stores. Several years ago, the release reported that 76 million Americans participated in a barbecue during the year, and of course many of those happened on Father’s Day. The report also includes some more significant statistics about fatherhood.

This Father’s Day, you might honor your dad by giving him a new necktie or shirt, a tool set, a fishing rod or putter. While you’re at it, be sure to also honor him for what he has meant to you through the years. 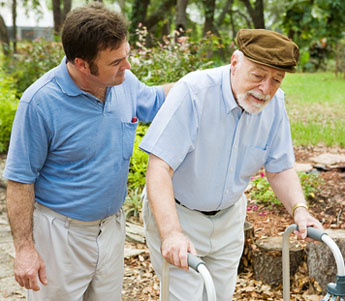 A while back, we heard from a man named Roland who had recently lost his father, and as Father’s Day approached, he lamented that he couldn’t actually call and talk to his dad. Roland wrote:

For all my life, Daddy was always there. Whether I was in a mood to talk to him or not, every Father’s Day he was there. His love for me and [my siblings] was always unconditional. It didn’t matter if he was having a bad day or not. Now there’s one less person in the world who unconditionally loves me. And I really, really wish I could call him on Sunday.

When I was angry at him once, someone asked me, “Do you think he really wants to be that way?” And I realized he was right. Daddy had medical problems that made him hard to be around sometimes… He couldn’t help it. As I realized this, it was easier to look past these things and see the love he really had for us — his kids — and his grandchildren.

So, I really do miss Daddy. I miss not being able to talk to him when I have a problem with the car, or get his opinion on a new air conditioner, talk about the weather, or just vent a little frustration….

I’m glad that he taught me good things by example. Like being a man of your word; loving your kids; paying your bills. And even if you talk like a mean old coot sometimes, when it gets right down to it, you still need to be a man of integrity. These are things I also want to teach to a younger generation. I’m glad I have that to remember him by.

Dads, don’t forget that it’s a privilege to honor your dad on Father’s Day. If you have your dad around, don’t miss that opportunity. And if relating to your father is hard sometimes, cut him some slack. Maybe there are other factors in play that he can’t control. Or maybe things with his dad weren’t good, and he doesn’t know how to make things better. So, please find a way to honor him if you can.