Don't Be Naive About Your Kids and Sex

A friend of mine who was an outstanding youth leader was dumbfounded when his daughter told him one day that she was pregnant. He had given dozens of talks about sex and relationships, yet somehow failed to recognize the needs of his own daughter.

Another friend was the campus minister at a private conservative university in the Midwest. He provided individual counseling to students, and one year he had counseled twenty female students who had problems related to being sexually involved with their boyfriends. During their counseling sessions, he discovered that none of the twenty coeds had a satisfying relationship with their dad. All described their father as either absent or distant.

You might assume your children are different from the rest of the world when it comes to sexual activity. But statistics show this isn’t the case. 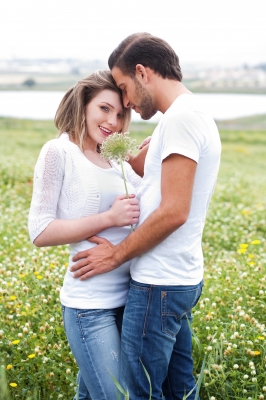 Among eighteen-year-olds, 65 percent of girls and 68 percent of boys have experienced sexual intercourse. You’ll find that the percentages start pretty low for fifteen-year-olds, then rise rapidly by age nineteen. Are you open to the possibility that your son or daughter could be in that percentage?

Please don’t misunderstand me. I’m not saying you should control or even feel totally responsible for your children’s sex life. But you need to be involved. Communicate with them and help them understand the way they are made, the gift of sex, and its positive expression in marriage.

And start young with an age-appropriate approach. If you feel a little out of touch with your child, then you may need to rebuild the relationship a bit before delving into anything serious.

But even if you have a strong relationship with your child, don’t assume he’s completely innocent or naive in this area. Be interested. Be involved. Be alert enough to notice potential trouble spots so you can take action to help.

Don’t be intrusive or assume the worst. You’ll only stifle the relationship with mistrust—and lose the window of opportunity to help. Ask him questions because you’re interested in him, not to confirm your suspicions or exert control.

Sexuality is an area where we need to be involved, aware fathers. We can play a key role in teaching, nurturing and protecting our children.