Even dads who do a great job through the first dozen years can hit a snag when it comes to dealing with teenagers. I have a friend named Martin who knows what makes an effective father. I’ve watched him go through the early stages of fatherhood with good success. But when his children arrived at adolescence, he “hit the wall.” 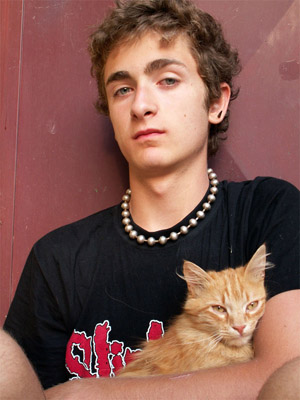 Martin’s son Daniel had always been a fairly compliant boy, but in high school, he got into drugs and sexual activity, and he was pretty open about his exploits, especially among his peers—after all, he wanted to be accepted by them. It wasn’t long before many concerned people knew what Martin’s son was doing.

Martin is having to process some real disappointments in his son: the dangerous moral behavior, rejecting his family’s values, and embarrassing his dad. But here’s what I think he’s processing the most: the realization that he has little control over his son’s choices.

Daniel says to his dad, “You always criticize me,” and that’s common for fathers during the stage of Enlightenment. Martin wasn’t even aware of his criticism at first; he was simply doing what worked in the past—pointing out things that needed to be changed, giving advice, and simply telling the boy why.

Martin’s desire for control only pushed Daniel further away. But recently I’ve seen signs that Martin and Daniel are “rediscovering” each other. I hope Martin will begin to take advantage of his enlightenment and learn new ways of relating to his son.

Martin illustrates our greatest virtue during this stage: self control. We have to focus on things which are under our control as fathers, not things beyond our control. We can complain that our children shut us out, or we can seek new ways to reach in. We can blame conflicting schedules and interests for keeping us apart, or we can find new ways to connect.

Our children may seem out-of-control during adolescence. We can try to exert control for them, or we can choose to do what works—namely, focus on controlling ourselves.