I could hardly believe my daughter’s announcement: her second grade classmate was “having S-E-X” (yes, she tried to spare us some shock by spelling the three-letter word!). When pressed by her surprised parents, my daughter asserted, “Yes, Dad, she told us on the playground. When she goes home from school, she goes next door to the neighbor’s house. He’s in third grade. They take off their clothes, get under the covers, and kiss and stuff.”

In my wildest imagination I never believed that the “big talk” would be initiated by my daughter … let alone when she was seven years old! I was sure I had at least a few more years before “talk time.” Suddenly I was faced with the question: “What can I do as a father to help my children develop healthy attitudes and practices about sex and sexuality?”

Here are some suggestions for all of us dads to consider as we take on this exciting and necessary challenge. 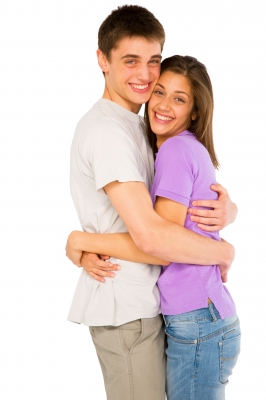 First, recognize that children are having sex at earlier ages, and that your kids are not immune to sexual temptation. Imagine ten chairs lined up side by side in your living room. In one chair sits your teenager while his or her peers sit in the other nine. Assuming they will answer honestly, you ask everyone who has ever had sexual intercourse to please stand up. How many do you think will stand? If they’re all ninth graders, four will stand. If all seniors, 7 out of 10 girls and 8 out of 10 guys will get up out of their seats. If those ten are college students, nine will stand.

At one end of the youth spectrum, second-graders discuss and sometimes try things that many of us didn’t know about until later. At the other end are 19-year-olds who have bought the lie of permissiveness that has led to a “do anything, anywhere, with anybody” sexual ethic that they carry into adulthood.

Second, learn why relatively innocent children become sexually promiscuous young adults. It’s easy to blame peer pressure during this stage in your child’s life, when choices about sex and other moral dilemmas are often more about acceptance by their peers than what they believe is right and wrong. We could also blame Hollywood, the media, or sex education in the schools. But these intruders usually find their way into our kids’ hearts when we dads open the door by being ignorant and silent on sexual matters.

If they don’t receive parental love—especially from you, dad—many kids will feel bad about themselves. In order to get intimacy and acceptance, they’ll trade the most precious part of themselves. But what they end up getting in return is really much different—and far more costly—than they ever dreamed.

Third, talk to your children about sex. If you don’t answer their curiosity and questions, someone else—the media or their peer group—will. Be vulnerable with them about your sex education, and let them learn from your mistakes as well as your convictions. Encourage them to be open with you, and invite their questions.

Then take the time to answer in age-appropriate ways. Kids consistently say they want to learn about sex from their parents, but according to one survey, only 15 percent of mothers and 8 percent of fathers ever talked to their children about sexual intercourse.

The good news in this sad litany is that your children are capable of making healthy sexual choices. They can discover the marvelous joy of experiencing sex within the bounds of marriage.

However, don’t forget the key ingredient too often missing in this battle plan: parental involvement. You are the greatest resource your kids have if they are going to grow up to be “love-sane” adults in a “sex-crazed” world.

Walt Mueller is president of the Center for Parent/Youth Understanding. He and his wife Lisa live in Elizabethtown, PA and have four children.