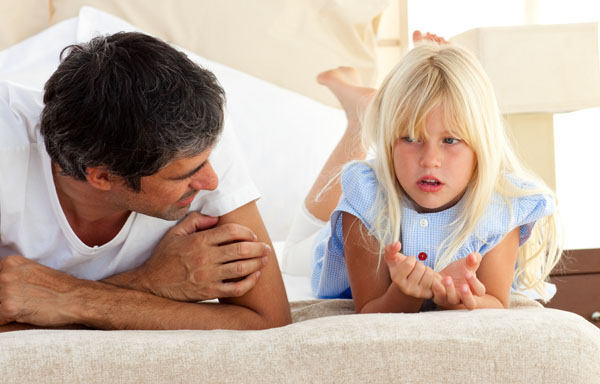 1. Have a calm, open conversation that invites honesty without fear.
I said to him, “Son, I want to ask you about this. And I want you to tell me the truth. I know that it’s hard to tell the truth when you’re afraid you’ll be punished. So, this one time, I want you to know I am not going to discipline you if you did what I think you did. Got it? No consequences this time. I just want you to practice telling me the truth.”