If a machine breaks down, a repairman looks at all the parts and pinpoints the problem. Let’s see if that works with kids.

John is a stepfather whose 12-year-old stepson Brian had hit a rough spot in life. His grades were sagging, and he had behavioral problems in the classroom. 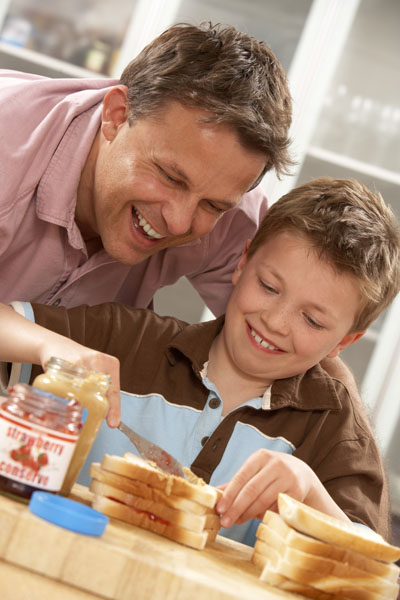 Now, John is one wise and brave stepdad. He saw something that needed to be fixed, and the first thing he did was check out all the parts. He said to his wife, “We need to get all of us together and work this out—you, me, Brian, and his father.”

Brian’s biological father was still involved in Brian’s life. They got together every other weekend, and he paid his child support on time. Still, there was unusual tension between his mother and biological dad when he came to pick Brian up.

The four of them got together on two different occasions. They put aside their differences and focused on a common goal: helping Brian. What John saw in those meetings was remarkable. The boy’s countenance changed for the better when he saw that everyone was on his side; he was more positive than he’d been in a long time. The next semester, his grades improved.

You’ve got to admire the way John took action for the sake of his stepson. As in many of these situations, there was almost always tension between these two “fathers” in Brian’s life. But John was able to put all that aside and focus on Brian.

If you’re a stepdad you may identify pretty closely with John. If you’re not, you should still be taking notes. The idea of assembling all the parts to help your child through a problem time is an effective strategy. If need be, set up a time to meet with your child and all the other people who influence his life—coaches, teachers, youth pastors, maybe extended family members.

The tensions may be different, but the principle is much the same. Even if the problem isn’t immediately resolved, a young person is still going to be lifted up just by knowing that so many people care for him.