Be Reliable Despite Divorce: How to Make Joint Custody Work

Joint child custody can be a real challenge for many fathers. Putting together a schedule that pleases both parties and the children involved can be hard enough. And it can be exhausting trying to deal with the stress of shuffling children from house to house and the unavoidable feelings of sadness at saying goodbye to your child at the end of a day spent together. 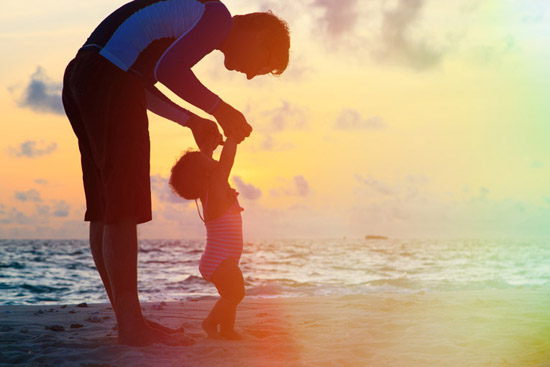 For the children, time with their father is a really vital part of growing up. There is no substitute for an actively involved father or father figure, and managing emotions is absolutely key for fathers who want to ensure that the needs of the children come first.

A joint child custody agreement requires, first and foremost, that both parents do their level best to create a healthy parenting atmosphere, even despite the fact that you are getting separated or divorced and you may not be able to be the live-in full-time dad you once were. Making your child custody agreement work is in your best interest, especially since you still want to be actively involved in raising and making decisions for your children.

Ideally, there should be a mutual strategy in place—agreed upon by both parents—to prevent the emotional roller-coaster from hindering the happiness and well-being of your child. Here is some of the most vital and hands-on advice that can equip fathers who may dealing with challenging joint child custody situations.

1. Show Respect for Mom
Children internalize far more than their parents often realize. Since children see both father and mother as authority figures, it can be very disconcerting for the child when both parents are attempting to win their favor by painting the other parent in a negative light. This can also intensify into a renewed custody war, and for that reason alone, it is best avoided. By showing respect towards the mother, you’re also creating behavior that your child will emulate in their family framework one day.

2. Show Interest in Your Kids’ Activities
Whether it’s a school play or a baseball game, kids love to have their father there to support them. Communicate and talk with your child about what interests they have and be actively involved in helping them to develop their interests. By helping your kids get involved in new activities and giving them fatherly encouragement, you’ll be fulfilling a very real need that all children have, and that will mean that your ex could be far more willing to approach custody in a fair and possibly even inviting way.

3. Think Twice Before Having a Serious Relationship
It may be something you’re not necessarily able to avoid, but many family therapists warn that getting involved in a serious relationship just after a joint custody order can complicate your relationship with your child significantly. It might feel like an ideal time to enjoy your new-found sense of freedom, but you have to consider the effects of that relationship on your child. It may be better to spend time with your children alone before you start to consider a dating relationship.

4. Consider Your Child’s Age-Specific Needs
When you decide on custody arrangements, keep the following in mind:

The following are the 3 most common types of joint custody arrangements:

While infants in the primary care stages will benefit by remaining with their mothers, toddlers and preschoolers will actually benefit by switching between households using the 2-2-3 schedule. As they grow older they can graduate into the 2-2-5 schedule, and later, if it’s a more convenient solution, the alternating weekly plan can be used. These schedules are in accordance with guidelines recommended by mental health practitioners specializing in child development.

5. Let Your Child Have a Voice
The well-being of your children should be the focus of any custody arrangement you may choose, and therefore they need to have some say that arrangement. This will be much easier with teens than with toddlers. For example, involving a 5-year-old in this decision might end in a debate about which household has more toys or a better outdoor play area. The point is that when children feel like their input is being acknowledged, they’re much more likely to accept the schedule their parents decide on, and that means much less stress in the long run.

The most important elements here are to respect one another, focus on your children and their interests, and let your kids be heard. If they have a voice, they will know you care how these decisions affect them.

Although there may be animosity when a separation or divorce occurs, seeking help from other dads who have been in your shoes can certainly help.

Just be reliable despite divorce. Just be DAD.

Dat To is a father of four children who works and lives in Toronto, Ontario. Dat has worked closely with various family law firms and also has a few friends who work in Family Law. Dat came from a divorced home, which is why he is so focused on maintaining great relationships and open communication with all of his children. Dat is contributing this guest post on behalf of Galbraith Family Law, a divorce lawyer in Barrie, Ontario. He hopes to share his expertise and knowledge on divorce, support and child custody with fathers who are looking to overcome the single-parenting hurdles.

You can sign up for NCF’s Today’s Father Weekly email here.