Have Your Kids Cracked Your Code?

A dad named Travis was headed to the grocery store with two of his children tagging along. His six-year-old, Alex, asked him, “Dad, how come you always go to two different stores to buy food?”

There was a bit of a pause, and then Alex said, “Katie says that when you say, ‘I don’t know,’ it means you’re not really listening.” 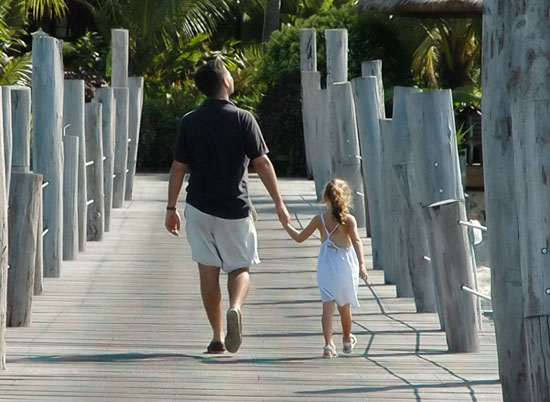 It wasn’t until later that night he realized what had happened, and it stunned him. His kids had cracked his code! He had grown accustomed to giving his kids instant and easy non-answers that actually meant he wasn’t listening or didn’t want to make the effort to think about an answer. The stunning truth was that Travis relied on the code quite a bit, and his kids knew all about it!

Now, we all know that sometimes a six-year-old—or a sixteen-year-old for that matter—will go on and on about something that doesn’t really matter. It’s just chatter; sometimes it’s nonsense. But you should also know that how we listen conveys much to our children. Caring about what they’re telling us demonstrates that we care for them.

So let’s take a moment to do some quick self-diagnosis.

That last question is rhetorical, but all four of these should be important reminders for us.

Dad, whatever age your kids are, listening is a skill you need to master right now. I challenge you to focus on every word from every family member for the next week.

Have your kids cracked your codes? They are pretty smart, so don’t be surprised if they have. Besides, that means they’re listening to you. And isn’t that what family members do?

What are your secrets to good listening with your kids? Please help other dads by leaving a comment either below or at our Facebook page.

This is chapter 40 from It’s Great Being a Dad by Jay Payleitner, Brock Griffin and Carey Casey. (This book was written with Christian dads in mind, although all dads will gain a lot from reading it.)