Every Father’s Day I get reflective about the state of fatherhood in our nation—where we’ve been and where we’re going. First, my attention goes to all the children who are fatherless; we are acutely aware of the impact of fatherlessness. Its scars mark our cities and nation in ways that few maladies have. In recent years the research community has detailed and documented the negative social outcomes associated with father absence and abuse, and their report is alarming.

Though fatherlessness has never been confined to one generation, it has haunted civilization for centuries. Even the prophet Jeremiah wrote of the impact of fatherlessness, saying: “Our inheritance has been turned over to aliens, our homes to foreigners. We have become orphans and fatherless, our mothers are like widows.” 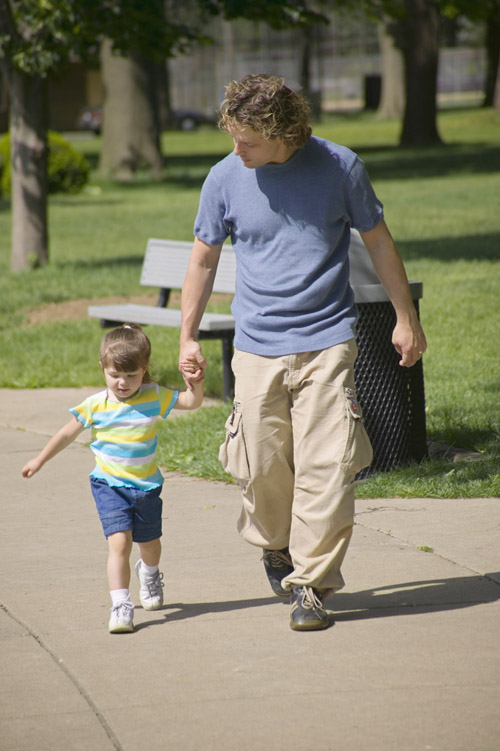 Yet, although this is still a crisis, this Father’s Day there is a ray of goodness shining on a facet of fathering worthy of celebration. When fathers are absent, have abandoned or even abused their esteemed role of being a dad, father figures are emerging and standing in the fatherless chasm, providing incredible leadership.

Longitudinal research from the National Center for Fathering has identified this growing group of father figures who are gracing us with a fresh expression of fathering, and we must applaud them. They include: grandfathers, great-grandfathers, older brothers, uncles, extended family members, teachers, coaches, stepfathers, faith community leaders, and neighbors. And when biological fathers are not present as dads mature in years, other fathers—including peers and co-workers—can provide modeling and add depth to the meaning and purposes of committed fatherhood.

One of the fastest growing familial demographics are grandfathers and great-grandfathers who are raising their grandchildren full-time. Gerry is a retired Navy pilot, but at the age of 78, when one family member fell on hard times because of poor choices, he was thrust into a role he never imagined. He and his wife are raising their eight-year-old grandson. who have severe ADHD—something Gerry had never heard of when he was raising his own children years ago.

As he reflects on his role, he says: “I know guys my age who are retired, sitting down in their easy chair, reading the Wall Street Journal and watching a lot of TV. Here I am overseeing homework, managing prescriptions, and helping our great-grandson who otherwise would probably be in a very serious situation. We’re doing something right now that’s as important as anything we’ve ever done.”

Grandfathers and father figures are having a life-saving impact on children who need a helping hand, a home base and an encouraging word. The best evidence of their work flows from the hearts of the children they influence.

Through the years, the National Center for Fathering has collected more than a million essays written by children about how their fathers and father figures influences their lives. Here are some powerful examples from kids who wrote about father figures. A 4th grade boy wrote:

I have a team made up of teachers, coaches, friends and family that have filled in when my dad wasn’t there. But, when I think about my village, one person stands out: my grandpa.

My grandpa has always believed in me. Even as a baby, he gave me a very special Chinese name, Ming Fong, which means “highest peak.” My grandpa has encouraged me to reach higher goals than even I believed I could reach. I have been successful in school, sports and life because of his support.

Or an 11th grade young woman:

I’ll never forget the day my grandfather walked through the door of the foster home. I was five years old. I thought my life was over before it had even begun. I remember feeling homeless. I remember strange people and scary faces. All I had were those early memories.

My grandfather has had to raise children two separate times in his life. Most days I feel guilty for that. I feel like I took all of his life and used it all up. And still, on other days, I feel grateful. He is the strongest person I have ever met. He is my role model. I can absolutely credit him for the values I hold today.

Or a 9th grader named Daisy:

My birth father left when I was two years old. I was too young to remember anything about him. I don’t know how his hands and face feel. I don’t know what his laugh sounds like. I wonder what memories or traditions we would have made together.

Let me tell you about my father who I call Grandpa. He’s in my life since the first day I was born. He taught me how to ride my bike and how to fish. My grandpa has come to all my band and music concerts. He watches me show my animals at the 4-H fair and is always proud of my accomplishments.

To be called “dad” is a title that is earned when you are in a child’s life every step of the way. I am so thankful that I have a wonderful grandpa who I think of as my dad.

And there are uncles like Craig, described in this essay by an 11th grader named Jennifer:

Uncle Craig is everything a father should be and more. He truly loves me and shows it by giving hugs and just plain loving me. My Uncle Craig is a father with three kids of his own, with enough love for me as well. He is the man who will meet my first date and walk me down the aisle at my wedding. He is my father and always will be. There is no one like him.

And stepfathers like Mark, who was honored by Haley, a 12th grader:

My stepfather became my father when I was eight years old. My real father had died of cancer when I was six years old. My family was broken and needed healing. The Lord blessed us with my new father, Mark. He was like an angel sent from God. He too had lost his father when he was young, and he knew what my brothers and I were going through. He comforted us and gave us strength to continue.

When I was eleven, I was diagnosed with cancer. My family was devastated; just when we thought all of the turmoil was over, we realized it was only the beginning. The doctors decided I needed a bone marrow transplant. My stepfather Mark was a perfect match and offered to give his bone marrow to save my life, but a better match was found. My new father had only been a member of our family for a few years when his love and support was put to the extreme. He stayed and took care of me as long as time allowed before he had to return home for work. We became so close during this time that it is impossible to describe.

A father doesn’t have to be someone who is biologically related to you. It is someone who would do anything for you and loves you with all of their heart and self. I pray that my father and I will remain this close throughout all of our lives and that we will only grow closer as time passes.

This Father’s Day, we can confront the anguish of fatherlessness by recognizing the positive expressions of fathering all around us—especially these heroic father figures. In addition, let’s boldly enlist other men into the service and care of children and grandchildren. Let’s designate them as the new heroes of future generations: men who are willing to quietly forgo power, prestige, position, and their own desires to extend a helping hand to children who need them.

Who might these heroes look like? Go look in the mirror. They are men like you, who may consider themselves ordinary and nothing special, but are extraordinary in the eyes and hearts of children.