Treat Your Teen with Respect

Your teenage daughter heads out the door for an evening with friends and you call out, “Have a good time.” She stops, turns around, and snaps, “How dare you tell me what to do.”

That may be a little exaggerated, but it illustrates the tension that is so common between dads and teenagers. You and your child both react in ways that defy explanation. Often, teenagers carry around a testy attitude, making it almost impossible to keep from getting angry and yelling. 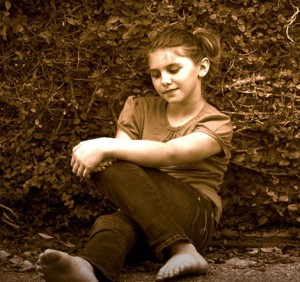 What’s a better response? First, there are two extremes to avoid. On one side, we can’t have daily shouting matches with them or try to control their every move. That’s counterproductive to their learning how to be responsible and independent. But then, we can’t withdraw either, which is what many dads do when relating to a child gets tough.

How can we find a middle ground? First, we have to recognize what teenagers are—their bodies are changing; there is pressure on them academically, socially, and personally; it’s easy for them to feel like their entire lives are under a microscope.

Beyond that, it’s so important to treat teens with respect—even if they don’t show respect to us. We can’t take their disrespect personally. If your teenager comes home in a foul mood, try a statement like this: “Wow, it looks like you have a lot on your mind. Why don’t you take a break, and if you want to talk about something, just let me know.”

Isn’t that the same respect you’d show to one of your friends? You wouldn’t yell at him if he were in a bad mood; if a colleague was talking about something important and the phone rang, you’d let the phone ring, wouldn’t you? Surely our teens deserve at least that much consideration.

And finally, showing respect also means being willing to admit mistakes. Repeat after me: “I’m sorry. I was grumpy and rude, and that was unfair to you.” If you model that kind of courage, they may follow suit.

Dad, I know it’s a two-way street here, but I really believe that our teens would be a lot less hostile if we treated them with more kindness, respect, and thoughtfulness.