5 Tips for Talking to Your Daughter About Sex

Talking with your daughter about sex may seem like mom’s job, but dads play an important role in the conversation too. 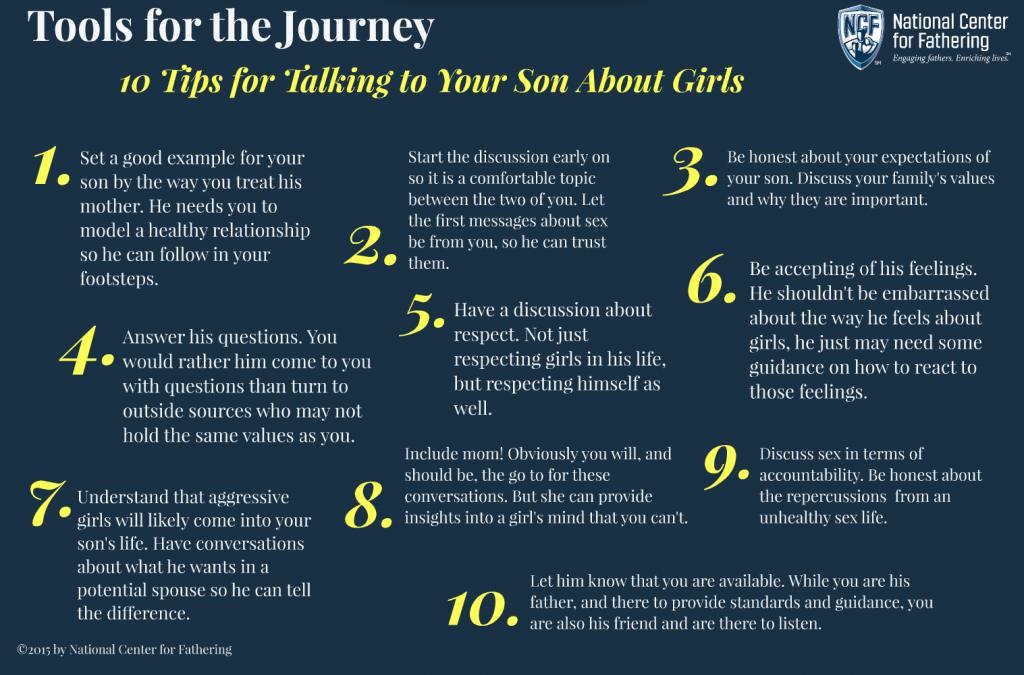 10 Tips for Talking to Your Son About Girls

You remember being at that age dad, when girls are definitely the hot topic. Make sure you’re the one having the important discussions on girls with your son. 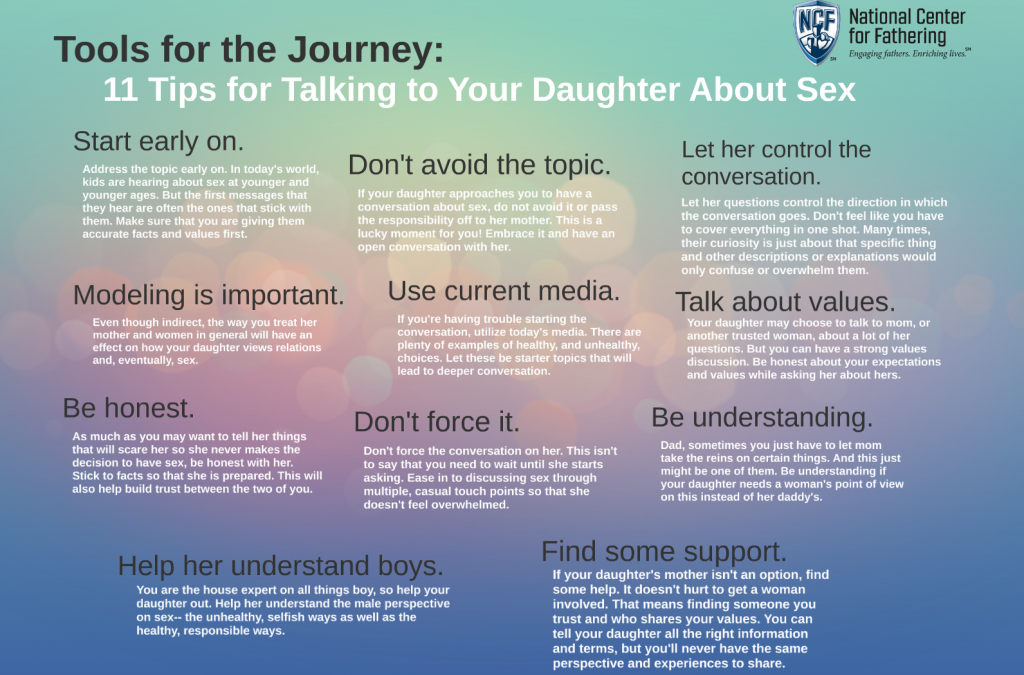 11 Tips for Talking to Your Daughter About Sex

Talking with a daughter about sex might seem like a mom’s job, and that’s likely best for some conversations. But dads can play an important role too. 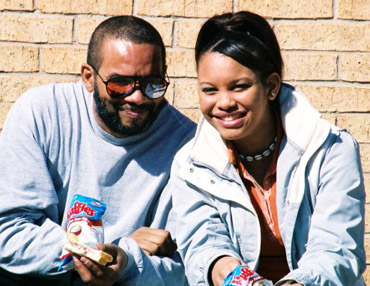 Dad, You Can Help Your Teen Make Wise Decisions About Sex

Just a few weeks ago, a new research review from the journal Pediatrics reaffirmed one area where father power shows up: their children’s decisions about sex. The study noted two factors in fathers that increase the chances that teens will put off sexual activity:... 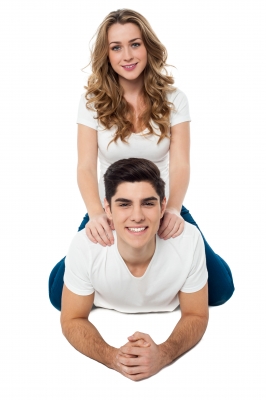 A report by the US Department of Justice states that one in every three teen girls is a victim of physical, emotional or verbal abuse — not by a stranger but by a dating partner. That figure far exceeds rates of other types of youth violence. 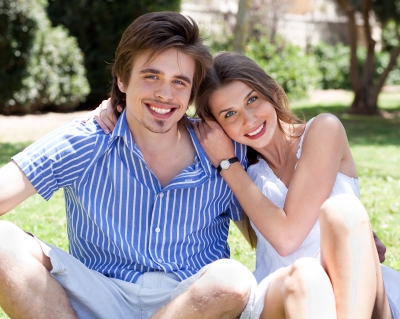 Ways to Protect Your Child’s Innocence

Just last month, a statistic was released that should be a concern for fathers: For the first time since 1990, there was an increase in teen pregnancies in 2006 (by 3%). 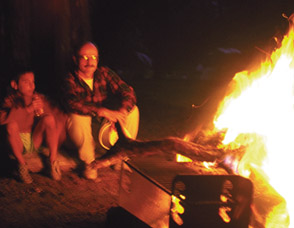 We can’t afford to let our children learn about sex on their own. It may be awkward, but we’ve got to be open with both our sons and daughters to affirm them toward healthy sexuality. 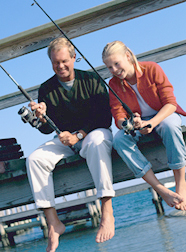 As fathers, we need to speak up against all inappropriate sexual behavior. It’s an important area where we need to help protect our children. 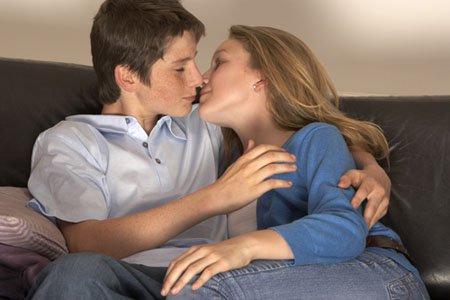 Are you getting ready for that big birds-and-the-bees talk, dad? That talk is important, but you can’t stop there. 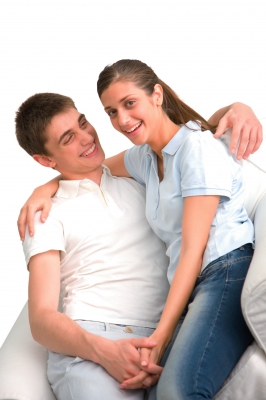 It’s a scary time for dads, but it’s also a great opportunity because it forces us to address issues and questions that can be a little awkward. 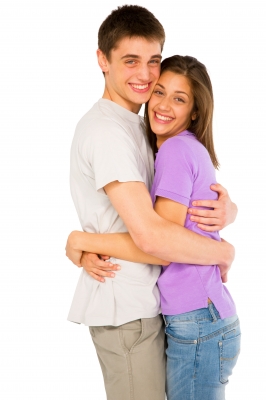 I could hardly believe my daughter's announcement: her second grade classmate was "having S-E-X" (yes, she tried to spare us some shock by spelling the three-letter word!). When pressed by her surprised parents, my daughter asserted, "Yes, Dad, she told us on the playground. When she goes home from school, she goes next door to the neighbor's house. He's in third grade. They take off their clothes, get under the covers, and kiss and stuff." 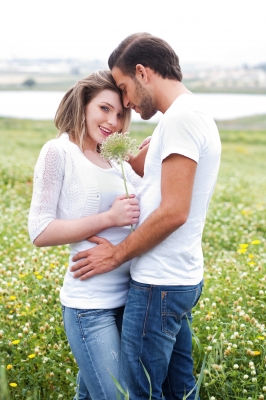 Don't Be Naive About Your Kids and Sex

A friend of mine who was an outstanding youth leader was dumbfounded when his daughter told him one day that she was pregnant. He had given dozens of talks about sex and relationships, yet somehow failed to recognize the needs of his own daughter.

The ICANs: How to Be a Better Dad
Your kids
Your Situation
Hot Topics
Tools for the Journey

Welcome to the fathers.com fathering library.

On the left you will see how our blogs and articles are categorized. Choose your stage in the fathering journey under Your Kids, click on a specific situation that applies to you, or browse through the items in our hot topics and fathering fundamentals. Also, check out Tools for the Journey – short downloadable pieces with tips for specific challenges. 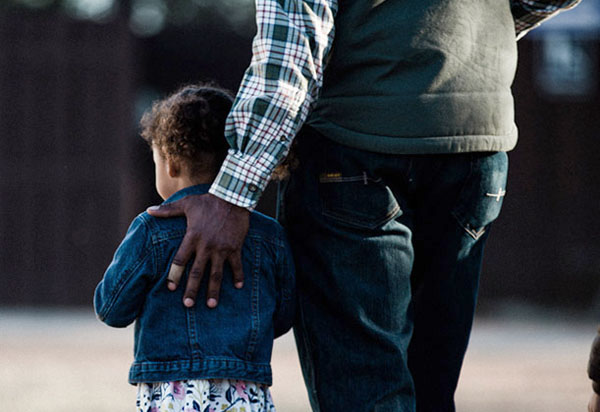 What makes a good umpire in baseball? Is it flawless eyesight? Confidence? Decisiveness? Experience? Maybe the ability to deal with angry managers? Yes. Yes. And yes. But if you ask the players, most likely the quality at the top of their list would be something... 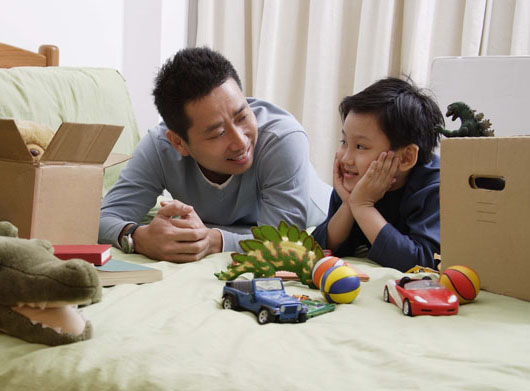 As dads, maybe the feelings we want to avoid the most are the disappointment, confusion, and remorse of being surprised by a major issue or challenge in a child’s life ... Someone your 9-year-old son has been chatting with online turns out to be a predator. Your... 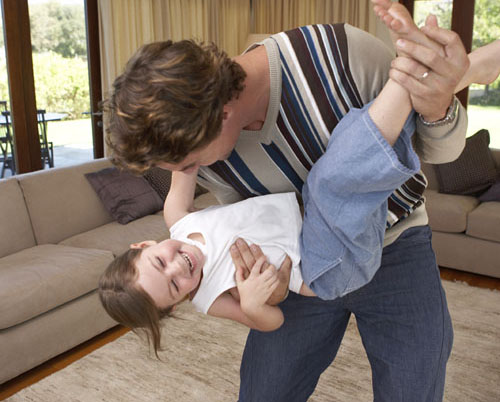 by Ken Canfield, Ph.D. There’s one factor that’s far and away the most important indicator that a man will succeed with his children: his commitment to them. The most effective fathers have a driving passion and an unfailing motivation to do their best for their... 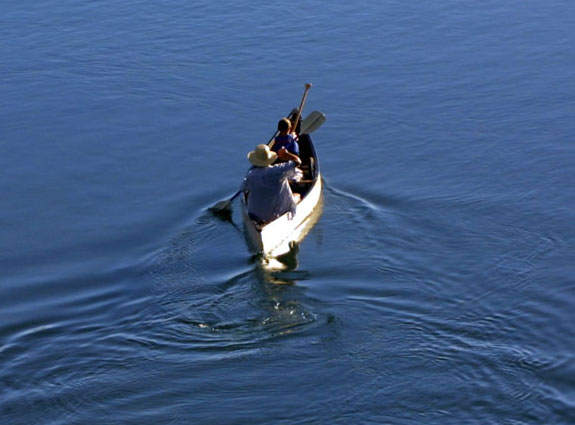 Dad: this isn’t about a resolution. (Unless you’re into that.) Whatever you want to call it, the beginning of a new year is a natural time to make a positive change or start a new habit. And you should at least consider some ways to grow as a father. Reflect on what...

by Ken Canfield, Ph.D. Dad, if you’re anything like me, you’re very proud of your kids. Sometimes the simplest things they do can bring a lump to your throat or a tear to your eye. And I know ... Many of us notice our kids’ positive qualities and accomplishments, but... 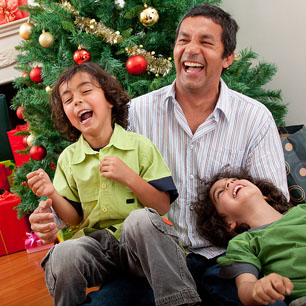 Give Yourself for Christmas

Dad, do you want to know one the best gifts you can give your kids for Christmas—beyond the presents you wrap and place under the tree? Since the material gifts are likely already purchased and wrapped, let's talk a bit about a truly lasting gift you can give your... 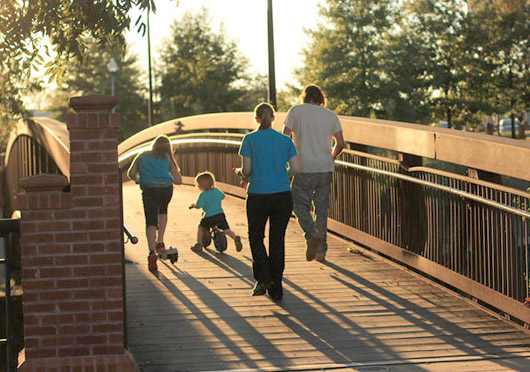 11 Things That Make Your Family Special

by Ken Canfield, Ph.D. What makes a family a family? There are many ways to answer that question, and it will likely be different for each family. One idea is to consider the regular activities that you do together—the activities that help to develop a sense of... 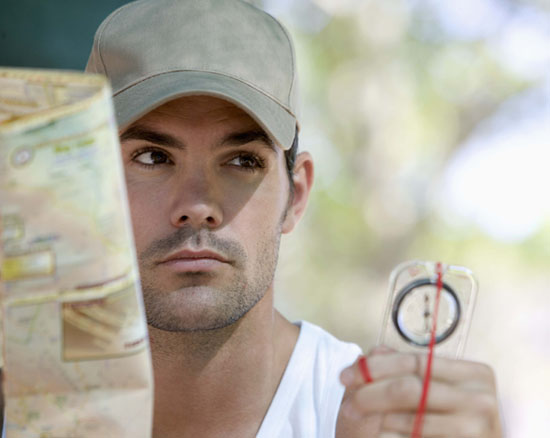 Where Are You as a Father?

by Ken Canfield, Ph.D. For many decades, we men had a bad reputation when it came to navigating the world. We wouldn’t stop and ask for directions. Maybe we thought, Hey, I’m a guy and I know where I’m going and how to get there. Or at least I should. Sometimes this... 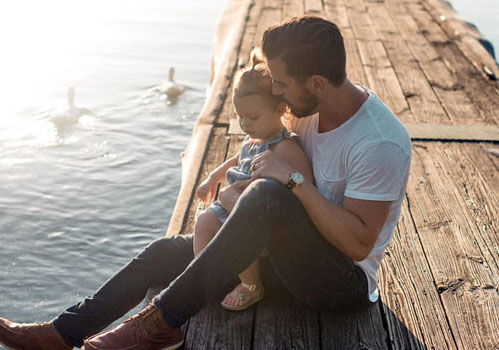 by Ken Canfield, Ph.D. Dads and Friends of Dads: It’s a privilege to be working with an organization that is committed to a cause, and here at the National Center for Fathering, that cause is you, dads! We sincerely believe that responsible, engaged fathers are heroes... 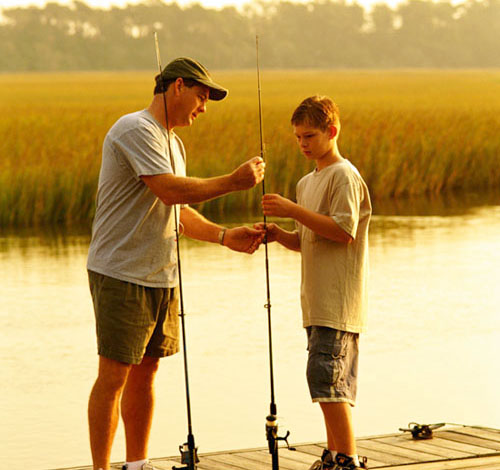 Be ready, dad. When chances come to spend time with your teenager, don’t miss ‘em. Roy had a thirteen-year-old son named Sam. As you might expect with a father of a teen, satisfying connection times were hit-and-miss, and often it was "miss." Both of them were busy... 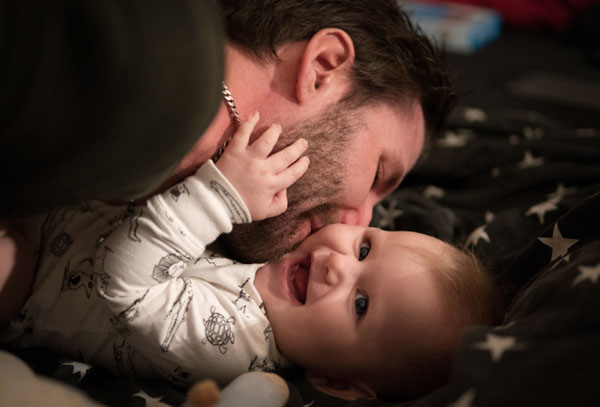 When Gary first held his son, it was awkward. The child cried and he didn’t know what to do. It was obvious that his wife already felt a deep affection for this new member of the family. But Gary didn’t know what to say, and there was no rush of emotion, no glow in... 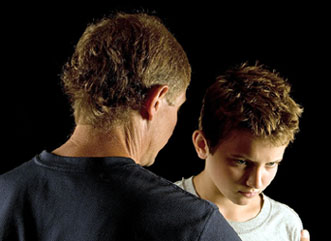 A few years back, a research study on parental discipline emerged from the Australian Institute of Family Studies, and here's the big headline for fathers: Dads are largely shirking discipline duties. "When it comes to disciplining the kids, there's been a role...

« Older Entries
We use cookies on our website to give you the most relevant experience by remembering your preferences and repeat visits. By clicking “Accept All”, you consent to the use of ALL the cookies. However, you may visit "Cookie Settings" to provide a controlled consent.
Cookie SettingsAccept All
Manage consent